Play for Our Oceans: How Can We Make an Impact with Games? 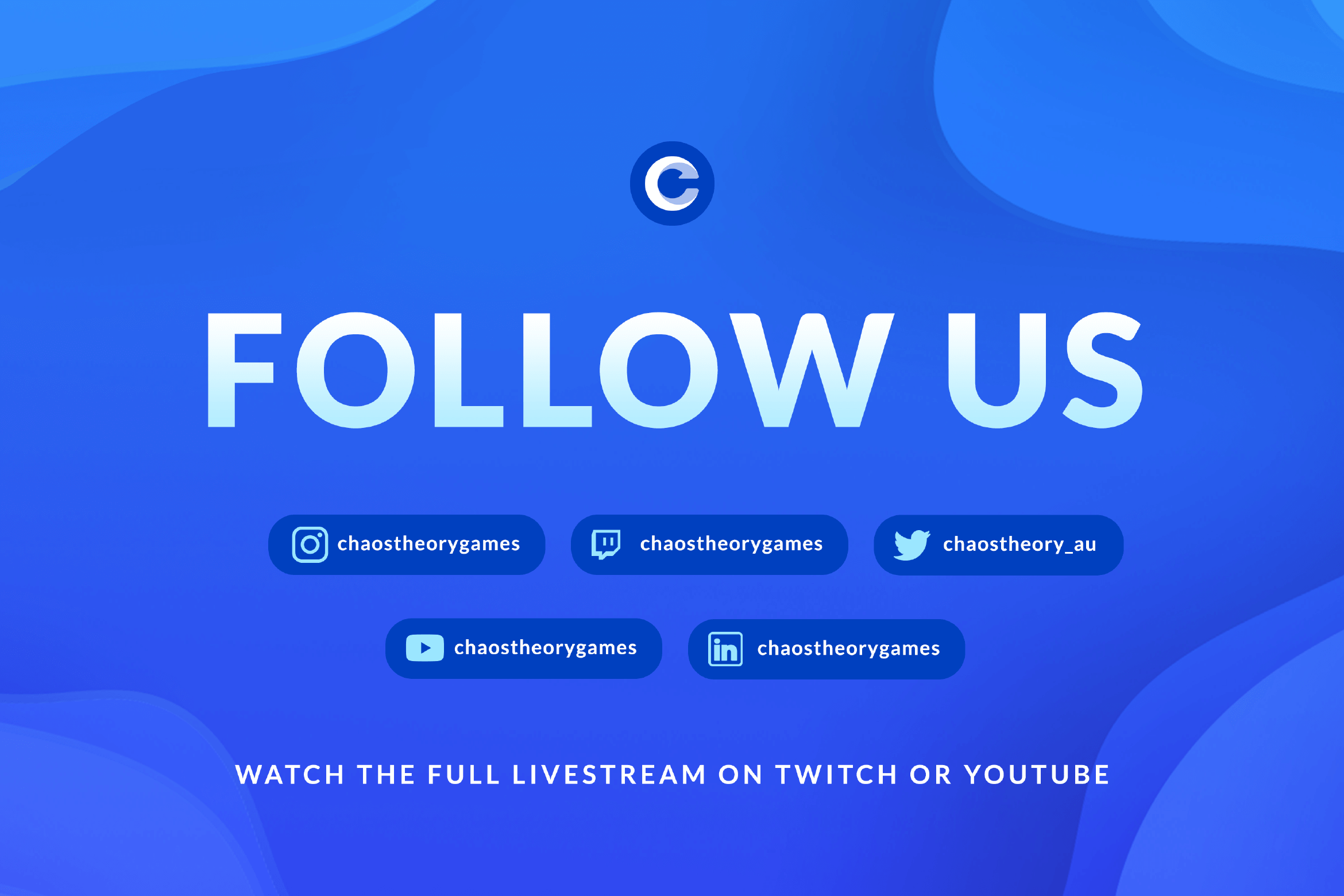 Do games have an impact on environmental issues?

Being a game development company, what better way to truly showcase our understanding and appreciation for all the amazing games and development studios than a Livestream? We forayed into live streaming on twitch years ago but decided to come back with a new format that truly spoke to our expertise in this industry. This new format involved us playing games based around a specific theme, for example - World Oceans Day and ocean-themed games. While we played the games, we’d be engaged in an interview-style conversation around each game's unique mechanics, what made it special and what really makes these types of transformational games stand out from the rest.

Transformational games, or serious games as we previously referred to, are developed with certain goals in mind. Creating agents of change, allowing players to experience first-hand the wonders of nature or the horrors of extreme climate change and human inaction. This first blog will look into the conversations had by three of our team members - Nico our co-founder, Elric our game designer and Megha our marketing assistant.

We will dive deep into our World Oceans Day stream and present some of the more engaging and important discussions had, and the importance of ocean conservation. The first game we’re discussing is ABZU by Giant Squid Studios. ABZU is an acclaimed underwater exploration simulation game, where you the player explore the depths of the ocean. You discover many creatures and mysteries, and it's in an open-world storytelling format.

What do you think makes underwater or ocean-themed games appealing?

Nico: I'd say it's exploring worlds different from our own. I think that's kind of one of the powers of games and just immersive 3D environments are—they're different, there's a bit of mystery about them, and you can explore something that isn't really possible. Like games about space, other worlds, magic, or popular—because there's sort of this fantasy of living out this experience in a different place.

Elric: I think a big part of what makes underwater games appealing is just the sense of a wild, unknown expanse, like endless exploration. Who knows what's down there?

Nico: I think, yeah, with the exploring worlds that are different from our own, I think one of the really cool things about ocean games is that the ocean is so mysterious and is—I mean, it's part of our world, it's part of our Earth, but we don't really get to explore it and it can really be filled with so much mystery. So there's a bit of both, the mystery of the unknown but the reality of "This could actually exist and this could be in the real world." So there's this nice balance between the two of those.

Co-founders James, Nico and Will journeyed to the Barrier Reef when researching some of our games. What is it like to immerse yourself so much into something that you're making - and does that make a difference in how the game turns out at the end?

Nico: Yeah, I think with Rainbow Reef we went to the Great Barrier Reef after finishing the project and it was in between when we worked on that and Bleached Az, which was another ocean conservation game. So I think when you start a game development project, there's so much research, there's so much planning, and you really do kind of get absorbed into the subject matter of whatever you're making a game about. There's an interesting push and pull between game development and inspiration. And that very often happens for a project— you're inspired by something and then you create a project about it, or you want to create a game about it that inspires you to do something in the real world.

These next few questions came up during our short playthrough of Samudra by Khalayan Arts. Samudra is a hand-illustrated puzzle-style game, where you the protagonist must uncover the truths of the past and what caused this deep-sea world to be so polluted. A portion of profits from the game is contributed to ocean clean-up efforts in Indonesia.

Do you have any thoughts on the different approaches of more optimistic or more pessimistic, in the context of a social impact game?

Megha: I think it depends on what kind of story you're trying to tell. What is the kind of experience that you want your players to have? And if it's something where you just want them to have this general love for exploration and this sense of wonderment for what the ocean could be like, then, yeah, it's really pretty, and it's got all these really stylistic visuals. And if it's stuff like this where you're like, "Oh no, we need to tell you guys the reality of —this could be your future," then, yeah, this kind of art style and gameplay works really well.

Nico: Potentially. Yeah, I think with the positive or negative portrayal of the oceans—I know in other forms of media, the shock tactics work, or can work in certain contexts. Because one challenge with games that I know about is it's very difficult to get somebody to sit down and play a game if it doesn't align with their existing beliefs and their current view of the world. There might be a path to eventually changing their perception of a particular topic. It really depends on why they are playing the game and if they’re engaged in the subject matter already.

What do you feel about social impact game styles in particular? Something darker and on the nose or something a bit feels good —do you think maybe people wouldn't take it as seriously, or does that not matter at all?

Nico: Definitely one thing with games, and games for social change, is that there is no single audience or single player. Like, everybody's different, everybody's unique, and you really need to—if you're making a game for a change, then you really need to understand who your audience is and what context is the game going to be played in. And then you need to do a lot of interviewing and testing and just make sure that different people with different life experiences are getting your core message or are willing to change their behaviour. I'd say a negative view would probably work in certain circumstances and for certain audiences. Positive for other ones.

And finally, these last two very important questions were brought up when playing Flotsam by Pajama Llama Games. Flotsam is a city-builder in essence but based on the reality that the ocean has enveloped the world and we are drifters trying to survive, be resourceful and thrive off of the garbage and driftwood that floats on the surface and under the water.

So with games like this as well— do you think it could teach people how to be resourceful in times of crisis?

Nico: So if they want to make people more resourceful and they've put all of this sort of resource gathering and building mechanics in there, then there might be potential impact outside the game. I think that repeated exposure to these concepts around, "Aw, you're using these various materials to build X, Y and Z, so you are reusing plastic or you are reusing wood rather than throwing it out. So you're taking garbage and turning it into something else." I think that the exposure to that idea can rub off on you, can rub off on your life. And then when you go to throw out a piece of plastic in the real world, you start associating plastic in the game with plastic in the real world. And then those habits that you formed in the game apply to your real-world interactions and you're thinking, "Should I throw out this piece of plastic? Or is there potentially something that I could do or make with it?”

This brings me to an overall or overarching question as well. The topic we’re discussing is whether games can and do have an effect on players that change their behaviours and start these important conversations. So in that sense, are games actually the way forward because of the kind of engagement and the kind of immersion that you have when playing a game?

Elric: It's definitely one approach. I don't think it's the only viable approach. Yeah. And I think there's definitely a space there for it as well. People don't just play games for entertainment, it's also just a really good learning tool and a really good way to deliver certain messages, much the same as film and television. Just in a more interactive way. And in some regards more effective because of that, because it's interactive.

Nico: As game developers, we want to be creating games about this subject matter because we want people to see it, we want people to interact with it, we want people to take something away from that. For people who are novel writers, write novels; for people who are filmmakers, create a film; if you're a researcher or scientist, do science. And if everybody is contributing in the way that they can to this broader discussion I think that's what's going to change the world. And, that's how change happens. It's by the spread of ideas within society. So if we can change the entire world's perception around an issue, then there will be a greater tendency towards action.

Our conversations, although optimistic, speak to a very possible future of transformational games and what they bring to the table. You can read the whole World Oceans Day transcript here https://www.chaostheorygames.com/blog/chaos-theory-plays-world-ocean-day-twitch-live-stream-2022 or if you’d like to watch the full live stream it’s available on our twitch: twitch.tv/chasotheorygames or on youtube https://youtu.be/K-qVnxQyNpI 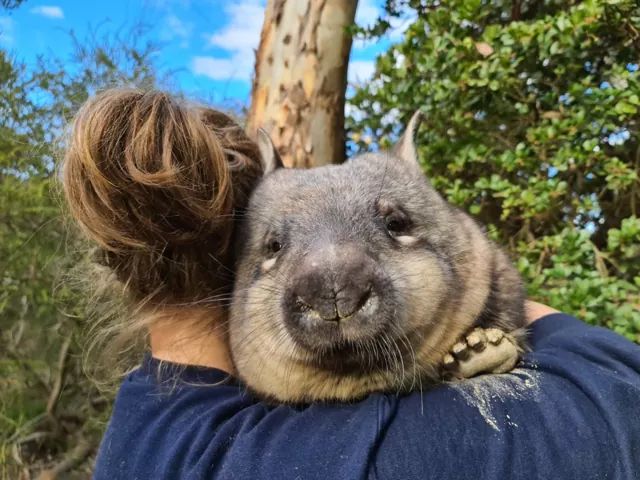 Meet the newest (unofficial) member of our team, Hope! She is a baby wombat we adopted from the Australian Reptile Park, we visited her to learn more about her rehabiltation.
Social Impact 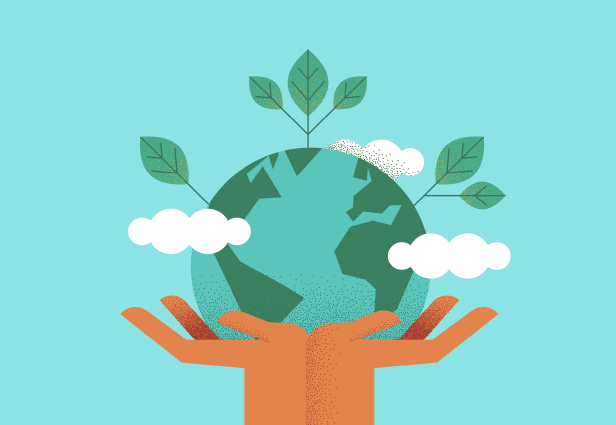 To celebrate Earth Day, we pledge to help restore our earth every way we can and we'd like to share our journey with our community. Today reminds us to show courage to take real action towards climate change.
Social Impact 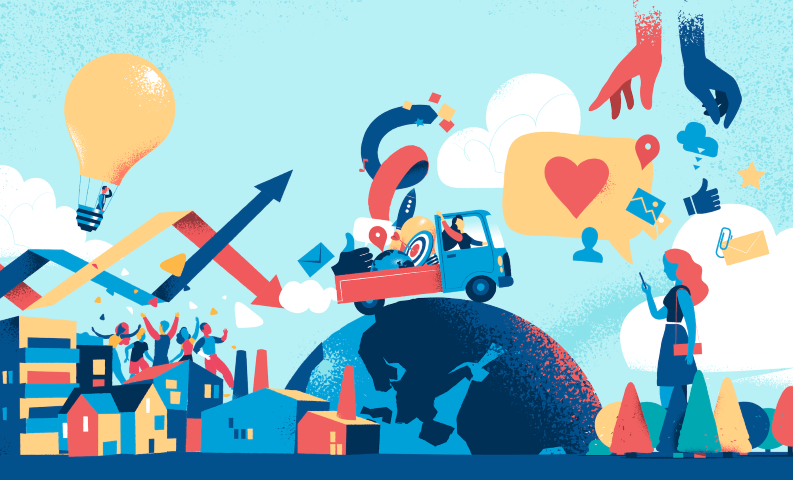 Gamify for Impact: How to Use Gamification to Motivate Action

Do you want to change the world? Try gamification. We explore how social impact games can motivate the masses.
Social Impact
SEE ALL POSTS