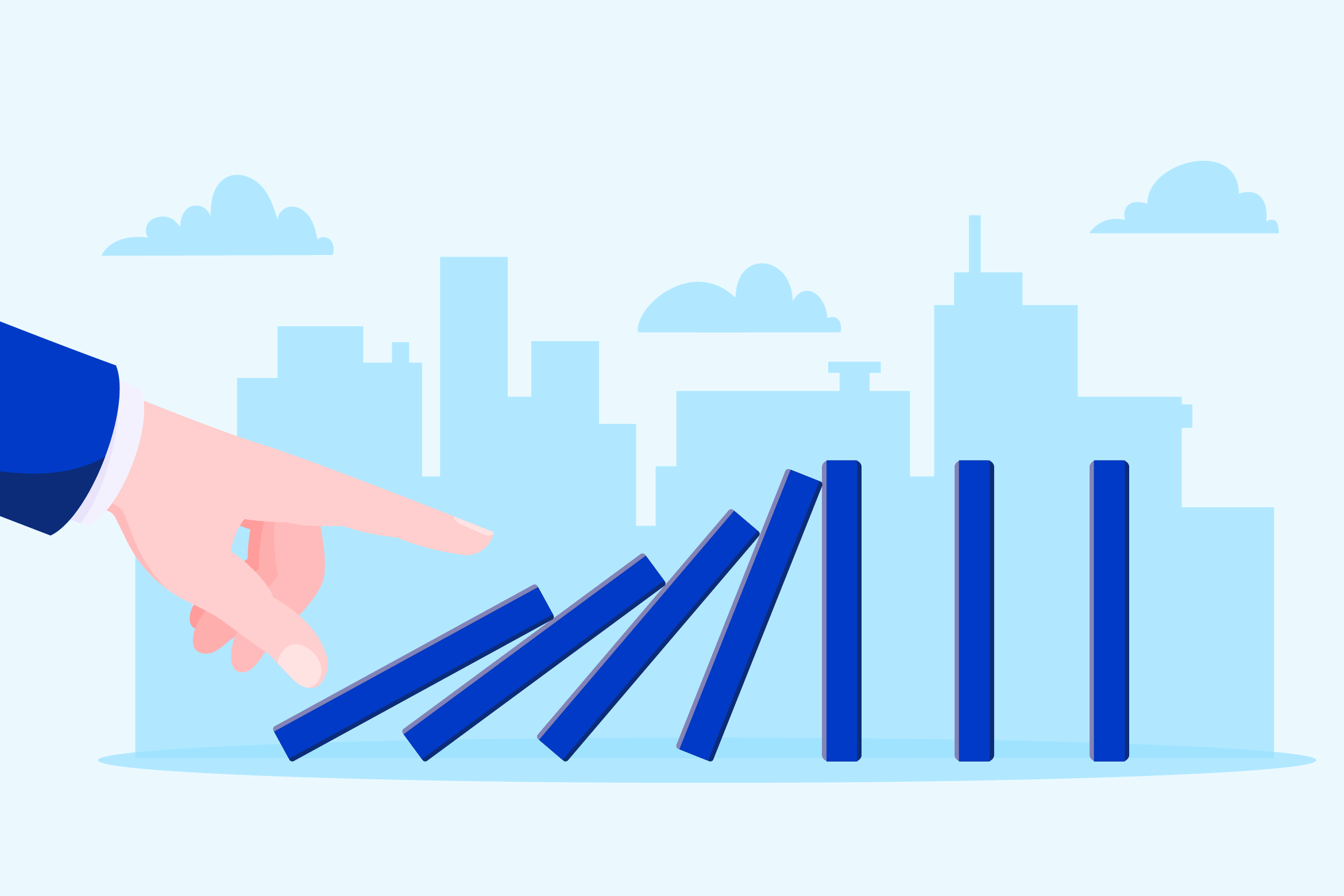 Video games are more than entertainment

We at Chaos Theory have always been advocates for the positive impact of gaming. Our approach when developing transformational games is built on human-centric design, looking to tap into human psychology to change behaviour and have a real-world impact.

Despite the mounting evidence, it is still a common view that video games solely as a source of entertainment, and nothing more. Since transformational game development (also known as serious game development) is a niche industry, it can sometimes be difficult to research the potential impact of a novel game project that you might be considering. This blog can be used as a resource for anyone looking to understand how gaming can have a positive real-world impact on people and within organisations.

Popular media outlets like to focus on the negative impact of games, how 1-10% of the youth are adversely affected or addicted to it, but there are thousands of teams all around the world using games to improve people’s lives. A research study conducted with three different age groups, students, adolescents and adults in and out of university, proved that games with prosocial elements promoted healthy relationships, helping behaviours such as sharing and comforting peers, and enhancements to empathy. This is reflected in other studies as well, where at least 75% of gamers agree that video games help improve mental stimulation through connected online play.

Aside from behavioural and social changes, games are a diverse tool that can be applied to most use-cases to solve a multitude of problems - from education, to healthcare, to social change, and everything in between!

How can we change the player's views?

Usually when people think of gaming, they think console or PC games like Fortnite, Call of Duty, Pokémon, GTA, etc. These big name games are entertainment focused, and they are usually the centre of attention when it comes to negative views on gaming.

The flip side to this coin however would be games like Minecraft, that have obvious benefits for players and have been adapted to other real-world uses such as the immersive learning platform called Minecraft:Education. This adapted game is now widely used in over 7,000 classrooms in 40 countries.

One of the reasons gaming works well in the education industry is the ability to create simulated learning scenarios that are measurable and reproducible. These benefits can also be applied to the workplace, health, and even social change. As research has shown, you learn and retain information better by doing. What’s better than a safe, simulated learning environment before needing to put those skills into practice?

Below we will dispel some common myths about games, outline how games are being used to reach real-world objectives, and where they are being used in various organisational settings. We’ll also look at some sources where you can find  research on the efficacy of games. Finally, we’ll link you to an easy-to-follow guide for starting a ‘transformational games’ project.

While there are a lot of opinions on the negative effects of gaming, there are some that seem to have common overlap across most media houses. Let’s discuss the reality of games and the people who play them:

Video games are played by people of all ages and demographics

Games and gaming is not addictive

Games are more than just tools for entertainment

But, there’s plenty more where that came from!

As mentioned in the examples above, games have the ability and power for real-world impact. Educational games is a huge industry, as many more schools and educational organisations are advancing their syllabus systems through gamification.

Gaming inherently has the ability to capture information and retain attention like no other form of media. It lets us experience digital worlds from a first person perspective (e.g. “While playing I overcame the challenge to reach the end of the level”) allowing for a more active role in the acquisition and formulation of ideas. According to the IGEA report, over 75% of adults agree that gamification of education helps increase general and specialised knowledge.

This is also because of the combination of audio and visual storytelling. The Learning Pyramid model suggests that some methods of study are more effective than others and that varying study methods will lead to deeper learning and longer-term retention.

Similarly, businesses can also greatly benefit from the advantages of gaming’s immersive nature. A study done by the Brigham Young University showed that teams that played video games together for 45 minutes performed 20% better compared to ones that took part in generic team-building exercises.

This has also been proven in the workforce today. About 60% of workers feel more motivated and resourceful if their training is gamified. Many companies are turning to gamify their productivity and training because of the advanced effectiveness. For example, Freshworks started FreshDesk Arcade in order to boost customer service capabilities through quests, points and badges. The fun-based competition through the app improved efficiency, effectiveness and much higher levels of engagement throughout the team. This achieved outstanding reviews from over 2,500 of their clients and an end of year increase in revenue of 1000%!

Aside from workplaces, games are being used to make tremendous strides in healthcare and therapy. We already mentioned Mind Maze, who are using digital technology and gamification to fully immerse patients to promote brain health. Mind Maze labs technology is now being used in over 75 clinics across the world benefitting over 10,000 patients.

You can also check out our blog on the importance and value of citizen science on our website for more examples of how games and healthcare can harmonise.

But what about some peer-reviewed research?

Scientific peer-reviewed journals exist as an excellent resource for those that want to put in the effort to read through them. These research papers provide valuable insight and good sample groups to build on information from. However, the process of looking for and finding useful paper through the sea of them that exist can seem daunting!

Here are some tips that could possibly help you wade through the wilderness of research:

1. Start with a basic outline or list of the kind of research you’re after, this could be qualitative studies (ones that will show you the positives or negatives of a subject overall) or quantitative studies (this where numbers and percentages are the hero).

2. Once you know what you’re looking for, you can put down a list of words that are attached to the research, for example; effects of games in education, video games for the environment, game based learning in agriculture, etc.

3. Some of the good places you can start searching for these key words and phrases are -‍

- Google Scholar: While an excellent all-round resource, it cannot tell you whether an article or journal will be free to download or view‍

- Library Genesis: Similar to Google Scholar, but most of the resources have free access to.‍

- JSTOR: A very good place to go to when you’re looking for source material and primary resources

4. If you’re looking for peer-reviewed journals as a base, these are a good place to start for academic journals that are updated quarterly.

For example, a randomised trial conducted by researchers at the European Journal of Anaesthesiology found that children in preoperative who were given video games to play as a distraction had far less anxiety than children who were given videos to watch, which is usually the standard.

Similarly, there are several studies that have been conducted to outline the effects of Active Video Games (AVGs) in children with obesity. They found that amongst children with an active lifestyle, AVGs were otherwise good for general exercise and motion, while for children with obesity, it served as a good base point for increasing total energy spent, and the potential for regulating and reducing BMI and Body Weight.

In 2019 the WHO called gaming addiction a mental disorder, but in 2020 after the effects of the Covid-19 pandemic, they supported the use of gaming as a way to stay socially active while isolating. Bringing about the term “Play Apart Together”. This also shows how gaming can be useful for adults and adolescents. An article by the Simulation and Gaming Association outlines the various forms and functions of just how well gaming can be used as a social link, as well as actual research tools that contribute real results.

There’s plenty of information out there for you to consume after reading this!

If you are looking for a good all-round resource for the basics of how a transformational game can be made, you can check out my free step-by-step guide: Create Games that Solves Problems.

While the process may be challenging, the impact games can have is unmatched. Video games can deliver an intimate experience by speaking to the player directly in an interactive format as well as personalising the content for their preferences or skill level. In addition to this, they can easily scale to reach billions of people through instant digital distribution services such as the App Store, Steam, or via a web browser.

Transformational games can be approached in two very different ways - designing and developing a custom game for a specific purpose or adapting an existing game to meet your objectives. It is important to clearly define the objectives and key performance indicators for your game early in the process to help with deciding what method is best to reach your goals.

As an example, educational games can sometimes have an objective such as “teach students about how gravity works”. This isn’t a great objective because there is so much room for interpretation by different members of the team. A better objective would be “Teach year 10 students the fundamentals of Newton’s Law of Universal Gravitation, and improve those students' scores on the relevant physics exams by an average of 10%”.

The above is explained in more detail in the guide which can be easily downloaded through the form below.

Games can sometimes get a bad rap, but there are many organisations working hard to prove the validity of games and change public perception. We are one such organisation, trying to make a mark by educating everyone about the very real advantages of games. We have dispelled some common misconceptions about the medium of games, explored where games are being used to reach real-world objectives, and reviewed some research that validated the efficacy of games in a variety of contexts.

There is a lot that goes into creating a transformational game. I hope this blog and its resources will help give you clarity on how games can be used to solve real-world problems, as well as inspiration for starting your own project!

No items found.
SEE ALL POSTS