What are Educational Games?

From Guess Who? to Minecraft, it’s not unusual to see games in lessons. Games have always been used in classrooms to simplify concepts and allow for practical experience. Educational games continue to evolve with digital gaming.

What are educational games?

This is a common question with a deceptively simple answer.

Educational games are those designed to teach people about a specific subject or a specific skill.

They are made predominantly for kids and students of all ages, and can be used both inside the classroom and out. Educational games are a subset of serious gaming.

One important difference is between educational games and game-based learning.

Game-based learning is the act of learning information or skills through a game. It can occur in almost any game, whether serious or not. An example of this might be chess teaching logic and strategy skills.

Need to know more about serious games and why they’re so great? I recently published a guide on ‘What are Serious Games: Everything you need to know in 2020’. Read it here!

A compact history of educational games

Educational games have been an area of interest since the first computers. Here is a brief overview of key moments in the history of educational games:

As we enter a new decade, educational games show no signs of slowing down. According to IGEA’s Digital Australia 2020 report, over half of schools (52%) currently use video games in their curriculum. STEM education is driving the trend with 61% of teachers agreeing games are beneficial in these lessons. Plus, a quarter of schools (26%) are teaching game development as part of their curriculum.

The benefits of educational games

Fun is the obvious reason to use educational games in the classroom. But aside from this, there are many more benefits to serious games in education. Here are 6 important reasons for using game-based learning in education.

While STEM and language skills are curriculum essentials, schools should also be focused on giving kids soft skills. Creative problem solving, critical thinking, leadership and collaboration are the kind of development skills many employers are looking for. Educational games are excellent at building these skills, alongside essential curriculum.

Educational games reinforce knowledge throughout the learning journey, as opposed to at the end of a course like traditional testing. With the ability to try again, making mistakes becomes part of the journey rather than a stressful failure. This helps increase kids’ self-esteem through positive reinforcement of their achievements and the ability to try again.

Adaptive learning provides a personalised learning experience. Using AI and similar methods, video games can respond to a user’s actions. A simple example would be difficulty levels. If a player is breezing through the tasks or struggling to complete a level, adaptive learning may raise or lower the difficulty to meet the player’s needs. This helps students develop skills at the pace which suits them best.

Educational games provide a hands-on approach to learning. They’re designed to be engaging and to motivate students to keep going. Plus, when students enjoy their learning experience they are more likely to continue it outside the classroom.

When students are active participants in their learning, they have better retention. This is based on the concept of experiential learning (or learning through experience). Students aren’t just memorising or thinking about new concepts – they are trying them out. This helps establish new habits and behaviours.

5 of the best educational games for kids

Lightbot is an app game – playable on iOS, Android and Amazon – designed for first-time coders. It uses puzzles based on coding to teach kids programming logic as they play. It’s suitable for all-ages and has been played over 20 million times.

Mass Mutations, by Chaos Theory, helps kids keep up with their STEM learning on school holidays (or any time of year). Players have to answer STEM-based questions to defeat the mutant plants and restore order to their town. It was based on the Australian curriculum originally, but proved so popular that a US version was released soon after.

An educational gaming original, Math Blaster, is still going strong. They have moved gameplay online with math games available for preschool through to grade 6. Both parents and teachers find it easy to motivate kids to enjoy math with these games.

Trees Against the Wind (TATW)

TATW is a multiplayer game – developed by Chaos Theory – which teaches students about managing farmland in North Dakota. Players learn problem-solving and STEM skills by identifying farmland in distress and finding solutions. It’s part of an interactive exhibit at the Gateway to Science centre in North Dakota.

Reader Rabbit has been a staple of game-based learning since the 1980s. In 2018, their most recent edition was released; Reader Rabbit Jumpsmarter. It’s available for play on iOS, Apple TV and Mac. Based on classic platform games, it includes age-appropriate educational questions to combine entertainment with learning.

Build your own educational games with Chaos Theory 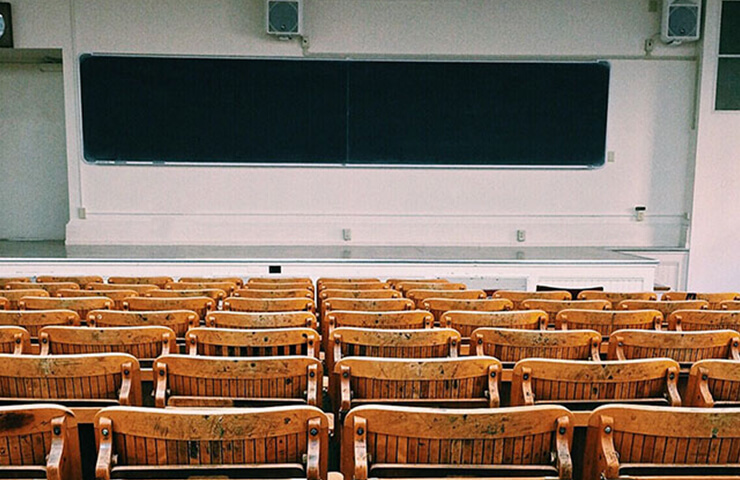 Education Games Create the Classroom of the Future

Schools no longer provide students with the type of training and practice that they’ll need to be successful in the modern workplace.
Education
SEE ALL POSTS